Hanoi (VNA) – The government has released an action plan to implement the Politburo resolution dated January 28, 2022 on the development of the central coastal province of Khanh Hoa by 2030 with a vision for 2045.

Among the objectives for 2025, this resolution aims for a local regional gross domestic product (GRDP) per capita of 104 million VND (over 4,500 USD), an urbanization rate of 65%, non-agricultural workers representing 77.97 % of the local workforce, and a rate of trained workers at 85%.

To this end, Khanh Hoa should accelerate digital transformation, effectively capitalize on resources and stimulate economic restructuring so as to maximize the potential and benefits to develop the maritime economy, the high-tech processing and manufacturing industry, the logistics services, the sector energy and tourism, according to the government’s action plan.

It should maintain sustainable industrial development which will serve as the main engine of growth for the province to become a center of maritime economy and high-tech industry of the South Central, Central Highlands and Vietnam regions. in its entirety.

In agricultural development, large-scale concentrated agriculture will be promoted with increased application of scientific and technological advances, processing and sale within the value chain and value addition. This process will be carried out in collaboration with new style rural building. 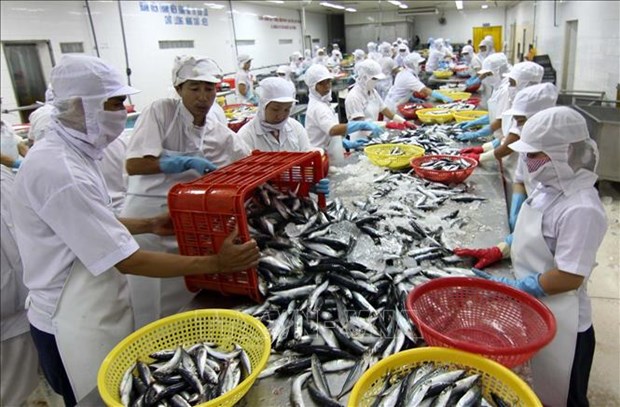 The factory of Khanh Hoa Seafood Exporting JSC, based in the city of Nha Trang (Photo: VNA)

Meanwhile, Nha Trang should be developed into a tourist city, the northern Cam Ranh Peninsula tourist area into a national-level site, and the northern Van Phong region into a world-class marine tourism city. The province also needs to boost tourism connectivity with others in the South Central region, the Central Highlands and the country as a whole. These measures are expected to help make Nha Trang – Khanh Hoa a top tourist destination in Southeast Asia.

The action plan also highlighted the need to develop uniform, modern and interconnected socio-economic infrastructure, especially transport infrastructure, while strengthening the province’s ties with other localities in the country./.