Historian Haydon Cherry is currently an Assistant Professor in the Department of History at Northwestern University in Illinois, where he teaches Southeast Asian history. Originally from New Zealand, his path to the United States began in his undergraduate studies, when he was appointed Asia 2000 Fellow (now Asia New Zealand Foundation). He flew to the National University of Singapore, where he began to study history. He talks to the CMA about what triggered his study, his book Descent and exit in Saigon and its upcoming projects.

What prompted you to study the history of Southeast Asia – and Vietnam in particular -?

I decided to specialize in South East Asian Studies because it was a subject / area that I could not study in New Zealand. I was drawn to the enormous diversity of the region – linguistically, ethnically, religiously, politically – really in every way. Specializing in Southeast Asian Studies at NUS required several years of learning a regional language.

I chose Vietnamese with the encouragement of my faculty mentor who said that some exciting things are happening in studying this country. I was 19 and impressionable!

For your book, Down and out in Saigon, you follow the path of six different people at the start of the 20the century – why did you choose these six stories to tell?

In my book, I wanted to bring back to life the stories of those usually forgotten in the writing of Vietnamese history.

This story focused on political leaders and generals and the rise of communism and nationalism and the Vietnamese wars. I wanted to know how ordinary people ended up making ends meet and shaping their lives under colonial rule. 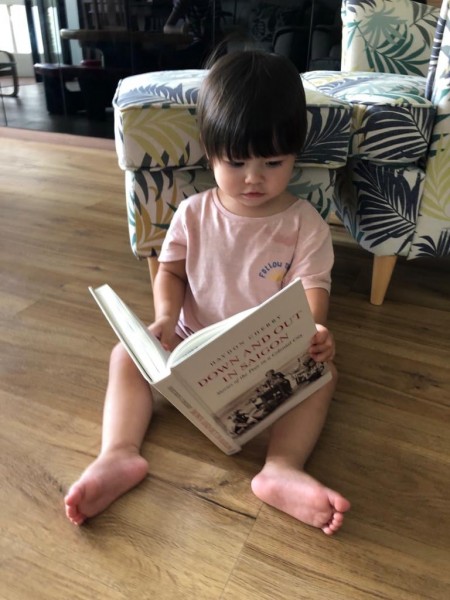 A fan browses the Cherry Down and Out book in Saigon. Image: Supplied / Haydon Cherry

I was excited about the imaginative possibilities of writing about people who usually left only fragmentary traces in colonial archives.

Where did you find the information for the six people and were there any surprises or moments that struck you along the way?

I spent two years researching the original thesis in Vietnam and France, then after graduation I spent several summers doing follow-up research in both locations.

I have rarely been happier than when I was sitting at the National Archives Center II in Saigon-Ho Chi Minh City reading reports written by the colonial police. Most of the means that the poor obtained through prostitution, begging, theft, swindling etc. attracted the attention of the police, who sometimes carried out rather lengthy investigations.

I chose my six characters because they represented a diversity of Saigon poor people – a prostitute, a Chinese coolie, a rickshaw puller, an orphan, an incurable invalid and a poor Frenchman – and because the stories around of their lives seemed particularly interesting. 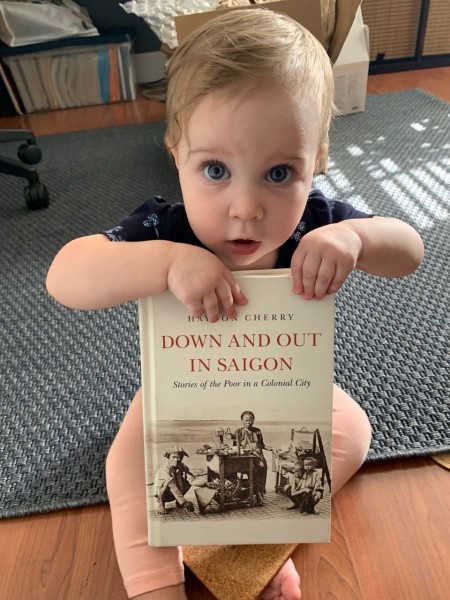 Down and Out in Saigon finds fans in all age groups – accessible and easy to read! Image: Supplied / Haydon Cherry

One of the things that struck me most about the poor was the diversity and complexity of their life stories – my rickshaw puller used various aliases trying to escape the police and it was fascinating to try to piece together its history.

You are currently working on another book, this one about the jazz era in Vietnam – what can you tell me?

I am at the start of my new project on the jazz era in Vietnam. I want the book to be a story of the tumultuous 1920s that focuses on the cultural and social innovations of that period. I am interested in new poetic forms, styles of painting, musical works and political experiments of the time.