(Tribune News Service) – Fifty-four years after completing his tour of duty in Vietnam, Darrell Freeman still remembers the wisdom of a sergeant who warned him he should wear civilian clothes for his return to the States -United.

“There was so much animosity here,” the 75-year-old Jamestown man recalled. “People were sick and tired and fed up with the Vietnam War.”

And they were more than willing to spread that animosity on American military personnel as they returned from Vietnam. Darrell Freeman never forgot it.

But 10 days ago, when Freeman and nearly 100 other American veterans aboard the Triad Honor Flight returned to Piedmont Triad International Airport – after a day of touring the nation’s war memorials in Washington, DC – the welcome he received in the airport hall brought him to tears.

“It was a crowd of people like I had never seen before,” he said. “We weren’t welcomed home in the 60s, but we were certainly welcomed that night. It was amazing.

The boisterous crowd — men and women, children of all ages, families, even a few biker groups — lined the lobby, cheering, clapping, waving American flags, waving signs of welcome and gratitude. It was loud, it was patriotic and it was glorious.

And for many veterans, it was redemptive.

“As we walked, I got very emotional,” Freeman says. “And I think that was especially true for the Vietnam vets – we never really got that kind of welcome.”

Ray Alcon, a Vietnam veteran from High Point, had the same reaction to being greeted at the airport.

“They went too far to make us feel special,” says Alcon, who served in the army in Vietnam from April 1968 to January 1970. “For me, that was probably the most emotional part of the whole trip. It made me feel appreciated, after the way we were treated coming back from ‘Nam.”

Freeman and Alcon couldn’t help but compare April 27 to when veterans returned after serving in Vietnam so many years ago. The airport celebration, however, was only the final leg of what had been a long and meaningful day for veterans.

At least a dozen veterans of the April 27 flight were from the greater High Point area, including Freeman, who says he saw all but one of the war memorials, the Vietnam Veterans Memorial.

“My wife (Deana) and I had been to the memorials right before COVID hit, but we didn’t go to the Vietnam Memorial,” he says softly. “I wasn’t ready for that.” 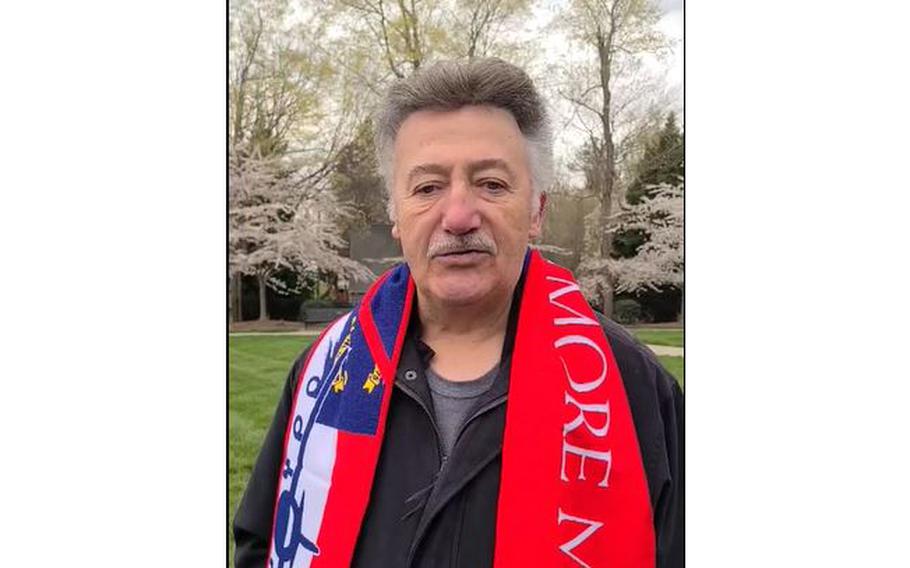 Freeman, an Army veteran, served in Vietnam from March 1967 to March 1968. As a member of the Military Police Corps, he served in the security detail of the United States Embassy in Saigon, a pretty good concert compared to soldiers in the jungle. .

“All was well until January 1968, the start of the Tet Offensive,” Freeman says. “The embassy was attacked. I was off duty at the time, but would have been later. I lost two very good comrades that night.

That’s why Freeman didn’t go to the Vietnam Memorial with his wife – it was too emotional for him. This time, however, accompanied by his daughter, Kim Freeman – who served as his guardian for the trip – he vowed to go to the memorial and pay his respects to his fallen comrades. And while he was there, he painfully told his daughter the story of the two deputies killed at the embassy.

“I had never heard that story,” Kim says. “He told me there and cried. I rarely saw my father cry.

It was a moment neither of them will ever forget, made possible by the Triad Honor Flight.

There were also other highlights. Freeman spoke about the importance of being with other veterans, like the 90-year-old Korean War veteran who sat next to him on the plane, and the only World War II veteran on the trip. . Alcon reflected upon seeing the Vietnam Memorial and the Tomb of the Unknown Soldier at Arlington National Cemetery.

“It was a great experience,” Alcon said. “I would definitely recommend it to any veteran who is lucky enough to go.”

The next Triad Honor Flight will take place on October 22. To apply for a flight, as a veteran or volunteer guardian, visit TriadHonorFlight.org.