In a one-of-a-kind study, UC Davis is recruiting older Vietnamese Americans in the Sacramento and Santa Clara areas for a study on aging and memory. The five-year research project, Vietnamese Program on Aging (VIP), is funded by a $ 7.2 million grant of National Institute of Aging, part of the National Institutes of Health.

Americans of Vietnamese descent make up the largest Southeast Asian group in the United States. About 158,000 live in the Sacramento and Santa Clara areas, many of whom directly survived the trauma of the Vietnam War.

â€œWe know that many Americans of Vietnamese descent have experienced early life difficulties and trauma as well as depression, which can increase their risk for cognitive impairment and the development of dementia,â€ said Oanh Meyer, principal investigator of the grant.

Meyer is an associate professor of neurology at the Alzheimer’s Disease Research Center. She is also co-director of the program for integrating special populations into research at the Center for Clinical and Translational Sciences.

Van Ta Park, a professor at the School of Nursing at UC San Francisco, is the study co-investigator with Meyer.

The war between North Vietnam and South Vietnam began in 1954. United States involvement increased in the 1960s and 1970s until the fall of Saigon in 1975. The United States sponsored the evacuation of approximately 125,000 refugees at the time. In the years that followed, there was a mass exodus as the humanitarian crisis worsened. Currently more than 2 millions people of Vietnamese descent live in the United States

Understanding the link between trauma and dementia among Vietnamese in the United States is a personal mission for Meyer. His mother, Anh Le, arrived in the United States in 1975 as a refugee from the Vietnam War just a day before the Saigon fall. She moved to America and raised a family, but the trauma of living in war-torn Vietnam throughout the conflict took a heavy toll on her.

Now 85 years old and living with dementia and possibly Alzheimer’s disease, Anh Le is haunted by imaginary threats from military soldiers, compounded by a long-standing distrust of authority. Her fears stem from past experiences living in war-torn Vietnam, terrified that family members and loved ones will be taken away and never return.

About 2 million civilians were killed on both sides, and some 1.1 million North Vietnamese and Vietnamese fighters died in the war. The number of US armed forces who served and died during the Vietnam War is approximately 58,000.

â€œAt the onset of the illness, my mother constantly thought the government and the military were nearby and watching her,â€ Meyer said. 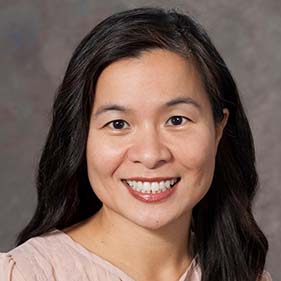 There are conflicts around the world that result in continuous arrivals of refugees in the United States. By better understanding this population, we may also be able to help other generations of refugees.–Oanh Meyer

With the new study, Meyer hopes to gain a better understanding of how the legacy of Vietnam War survival and refugee status in the United States impacts brain health.

Asian Americans are the fastest growing racial minority in the United States, but there is a lack of research on their cognitive aging and the risks of Alzheimer’s disease and related dementias. For the VIP study, Meyer hopes to recruit about 570 Vietnamese Americans aged 65 and over from the greater Northern California area.

They will receive free general health assessments and comprehensive memory and thinking surveys and tests. Participants will also receive $ 100 for each study visit ($ 300 for three visits).

â€œThere are conflicts around the world that result in continued arrivals of refugees in the United States. By better understanding this population, we may also be able to help other generations of refugees, â€said Meyer.

UC Davis Alzheimer’s Center
UC Davis Alzheimer’s Disease Center is one of 33 research centers designated by the National Institute on Aging. With locations in Sacramento and Walnut Creek, the center is focused on translating research findings into better tools for diagnosing dementia and treating patients while focusing on the long-term goal of finding a way. prevent or cure Alzheimer’s disease. Also funded by the state of California, the center allows researchers to study the effects of the disease on a particularly diverse population. For more information, visit ucdavis.edu/alzheimers/.