Hanoi (VNA) – The number of Vietnamese workers aged 15 and over reached some 51.2 million in the first quarter of this year, up 200,000 from the same period last year, according to the General Statistics Office (GSO).

Of this figure, 50 million people are employed, up 132,200 year-on-year, with those working in the service sector accounting for the largest share (38.7%), followed by industry and construction (33.5%), and
agro-forestry-fisheries (27.8 percent).

The office said that the socio-economic recovery and development program in accordance with Resolution No. 11/NQ-CP with specific measures has warmed the labor market in the first three months.

Meanwhile, about 1.3 million people were unemployed, down 135,200 from the previous quarter.

The standard of living of the workers has improved and their average income has been significantly restored.

Business registration with the Ministry of Planning and Investment said that despite the severe effects of the COVID-19 pandemic, business operations have rebounded since December 2021 thanks to the government’s flexible measures in response to the pandemic. .

Valentina Barcucci, labor economist at the ILO in Vietnam, said that in 2000, 65.3 percent of the employed labor force worked in agriculture. Twenty years later, that two-thirds has fallen to just over one-third (37.2%). This additional third is more or less shared between services and industry.

While in 2000, agriculture was by far the country’s largest employer, today services and agriculture are almost at parity (37.3 and 37.2% respectively), followed closely by the industrial sector. (25.5% of employment). 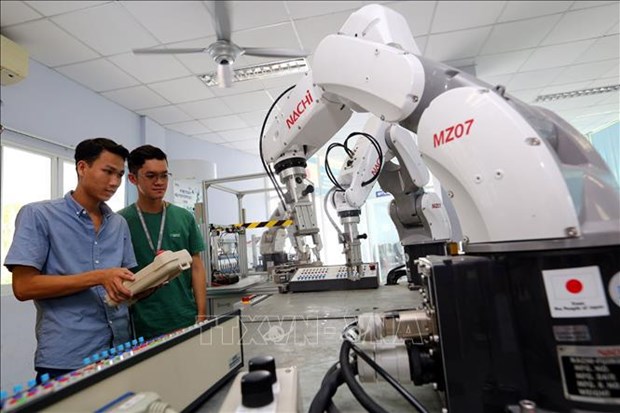 The low value-added manufacturing sector which accounts for the bulk of current FDI has played a key role in economic growth. To ensure continued economic development, higher value-added industry, more innovation and a more skilled workforce are needed.

The country will need a new growth model to exit the risk of a lower-middle-income trap and achieve modernization, industrialization, and sustained growth. It also requires a modernized labor market, she said.

Economy-wide labor productivity at current prices is estimated at VND 171.3 million (USD 7,398) per worker, which is USD 538 more than in 2020. Labor productivity in 2021 increased by 4.71% due to the improvement of workers’ qualifications with the proportion of workers trained with diplomas and certificates in 2021 reaching 26.1%, higher than the 25.3% of 2020.

Productivity, however, is still far below that of other countries in the region such as Singapore, Malaysia, Thailand and Indonesia, said Bui Quang Tuan, director of the Vietnam Institute of Economics.

According to the World Bank (WB), between 2010 and 2020, the Human Capital Index (ICH) value for Vietnam increased from 0.66 to 0.69, which is higher than the average of countries that have the same income as Vietnam.

Vietnam is one of the East Asia-Pacific countries with the highest HCI, reflecting its great achievements in education and health care in recent years, the bank said. ./.